Edmonton voters should be concerned about the practice of some current Council members and the mayor who have endorsed candidates in the upcoming municipal election.  The Councillors’ Code of Conduct states that a during an election Councillor ‘must not use their office to …provide an unfair advantage for a candidate.” We sought clarification from the Integrity Commissioner in August and were informed that the Office is unavailable to clarify the interpretation of this February 2021 policy.

Irrespective of the policy, earlier this summer Nickel endorsed Dziadyk.  Endorsements were also provided by Andrew Knack, Michael Walters, Ben Henderson, and Bev Esslinger.   Now the Mayor has created his own sanctioned slate of candidates, despite his opposition to partisan politics at the municipal level.    This is a way to preserve their legacy, re-electing a City Council in their own image.

Why is this problematic?  Politics is already limited to a privileged inner circle.   Insider politics, sends competent leaders, who do not have deep political connections, to the back of the bus.  This undermines democracy by suppressing voter engagement and provides too much power to current and outgoing City councillors.

This is not sour grapes from an unendorsed candidate.  This is about a deliberate failure to constrain the behavior of current Council members and create a level playing field for truly independent candidates.

cc Office of the City Clerk

I took the Alberta Urban Municipalities Association Local Democracy Pledge. I am committed to municipal elections free from undue partisan and financial influences. Municipal elections is about the people for the people. Transparency and respectful behaviour is at the heart of fair elections. 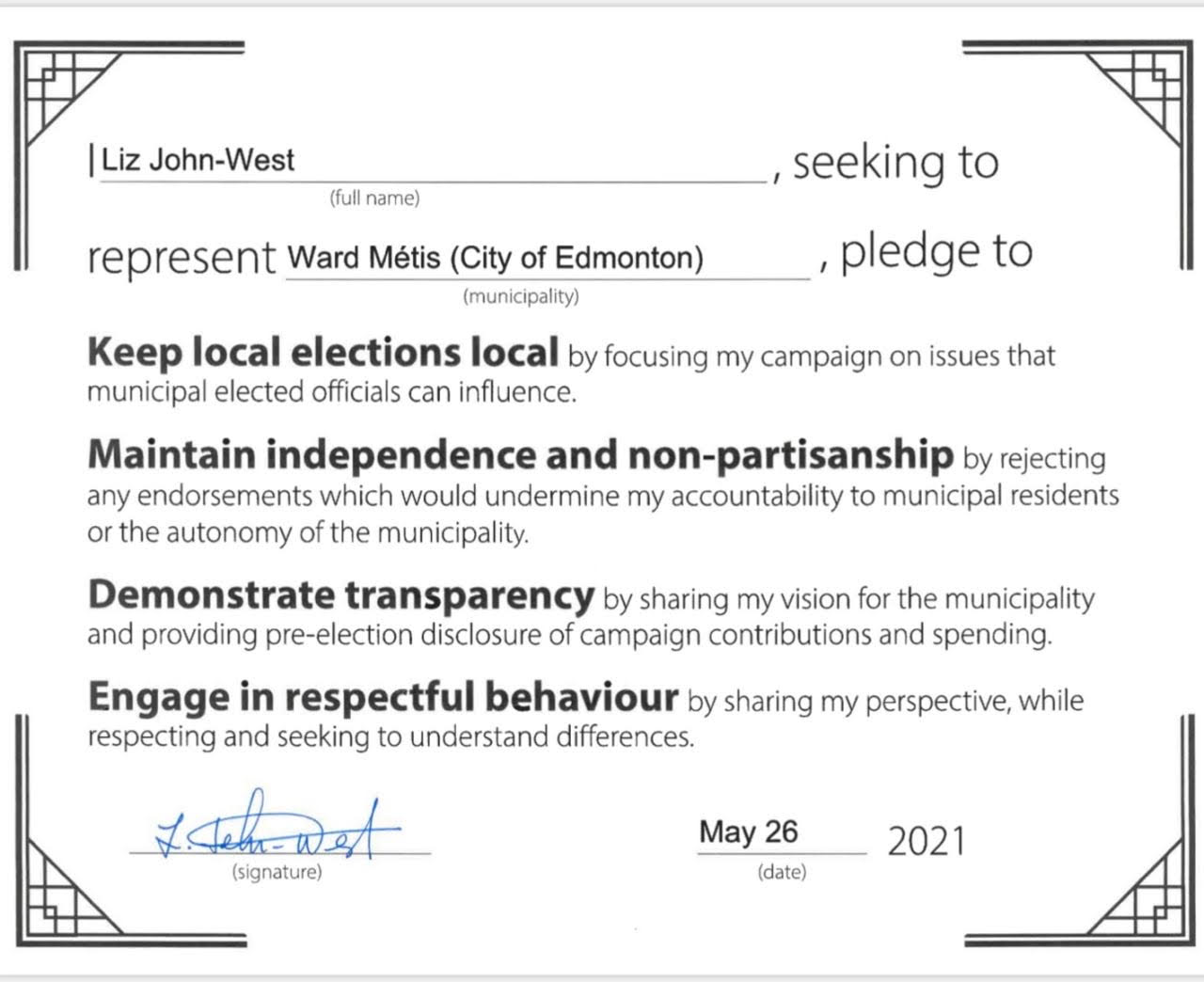