What Is
Ward Métis? 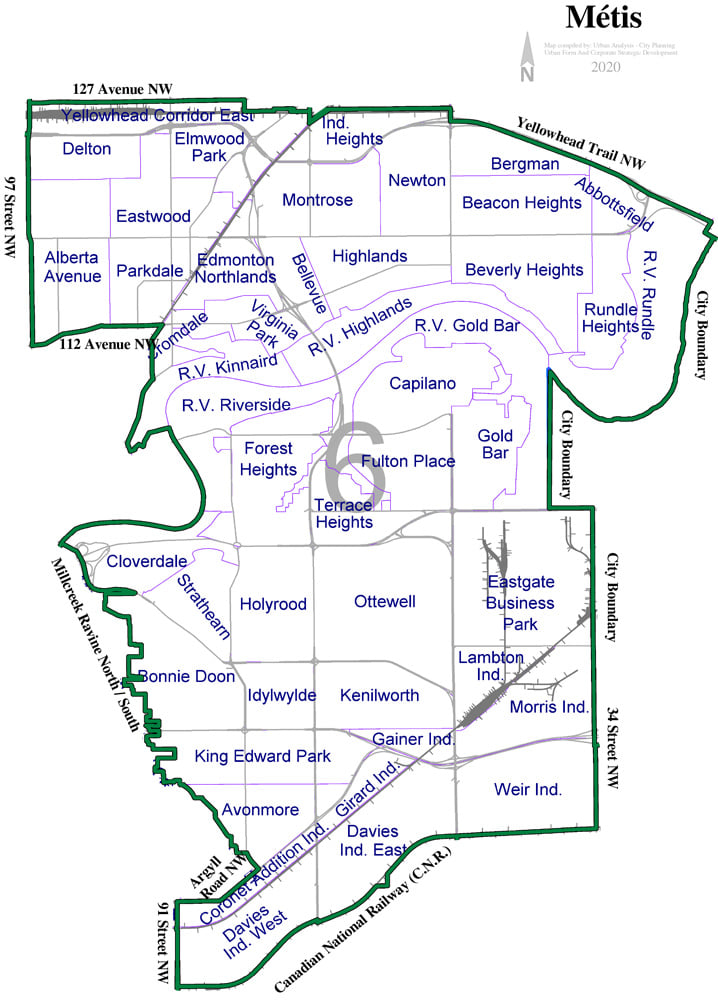 Which Neighbourhoods Are In Ward Métis?

The newly defined Ward Métis has an overall resident population of about 84,989 according to the 2019 City of Edmonton census. There are a total of 33 neighbourhoods that make up the ward, three of which are zoned exclusively for industrial/business/park (Ind. Heights, Northlands, the Rundle River Valley) Of the neighbourhoods that constitute suburban communities, Alberta Ave (pop: 6581), Ottwell (pop: 5252), and Bonnie Doon (pop: 4726) have the largest populations, with the average neighbourhood having around 2800 residents.

Diversity is one of the major defining characteristics of the ward, with a large population of new Canadians.There are some neighbourhoods where English only makes up a third of the primary language. While a majority of the residents are English-only speakers, Ward Métis will be home to Edmonton’s largest Francophone community, consisting of neighbourhoods in and around Bonnie Doon.

Neighbourhoods With The Highest Desntiy of Constituents